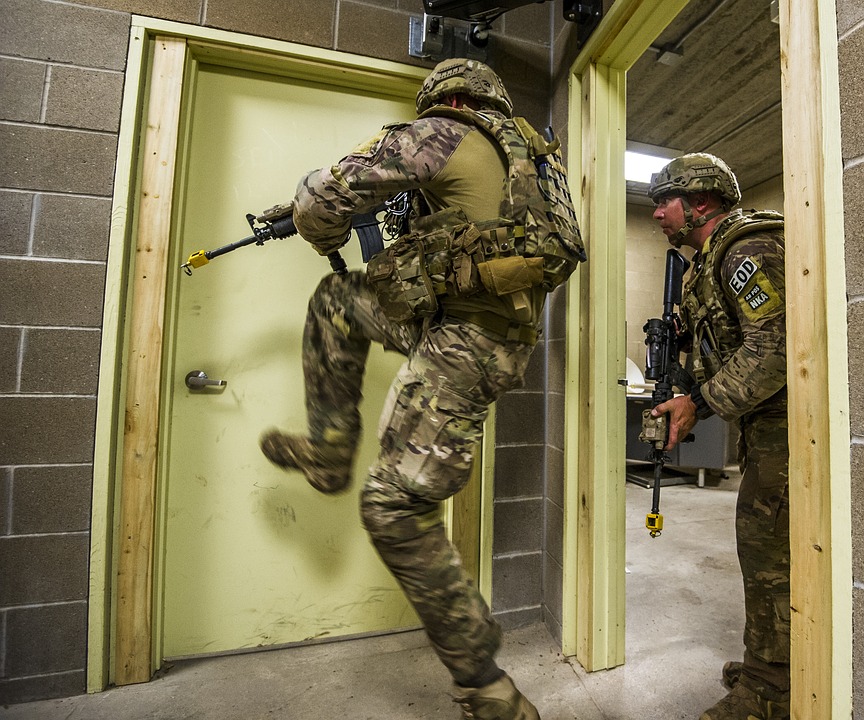 Urban Warfare Combat is a system that has been created to conduct counter-operations against terrorists, criminals, or gang members that are in urban areas.

For instance, Urban Warfare Combat is very different from typical combat in an open area because its operational and tactical level is more challenging.

Therefore, Urban Warfare Combat complicating factors include the presence of civilians and the density of the land and cityscape: trees, cars, buildings, and doors.

Furthermore, it can be also hard to distinguish civilians from bad guys such as armed militias and gangs, particularly individuals who are simply trying to protect their homes from attackers.

Therefore, the three-dimensional environment consisted of fields and buildings that can be limited by fire or smoke. For instance, it enhances concealment and cover for terrorists. In addition, the below-ground infrastructure, and the ease of placement of booby traps and snipers are challenging the tactics of the operator.

Above all, this training improves combat shooting in an unconventional situations for special anti-terrorist and undercover units. Therefore, this system can benefit security professionals, and armed school security officers, that wish to improve their operational means in neutralizing domestic terrorists, or threats.

Classroom indoor and on the range

The number of attendees:

Our main topics are: